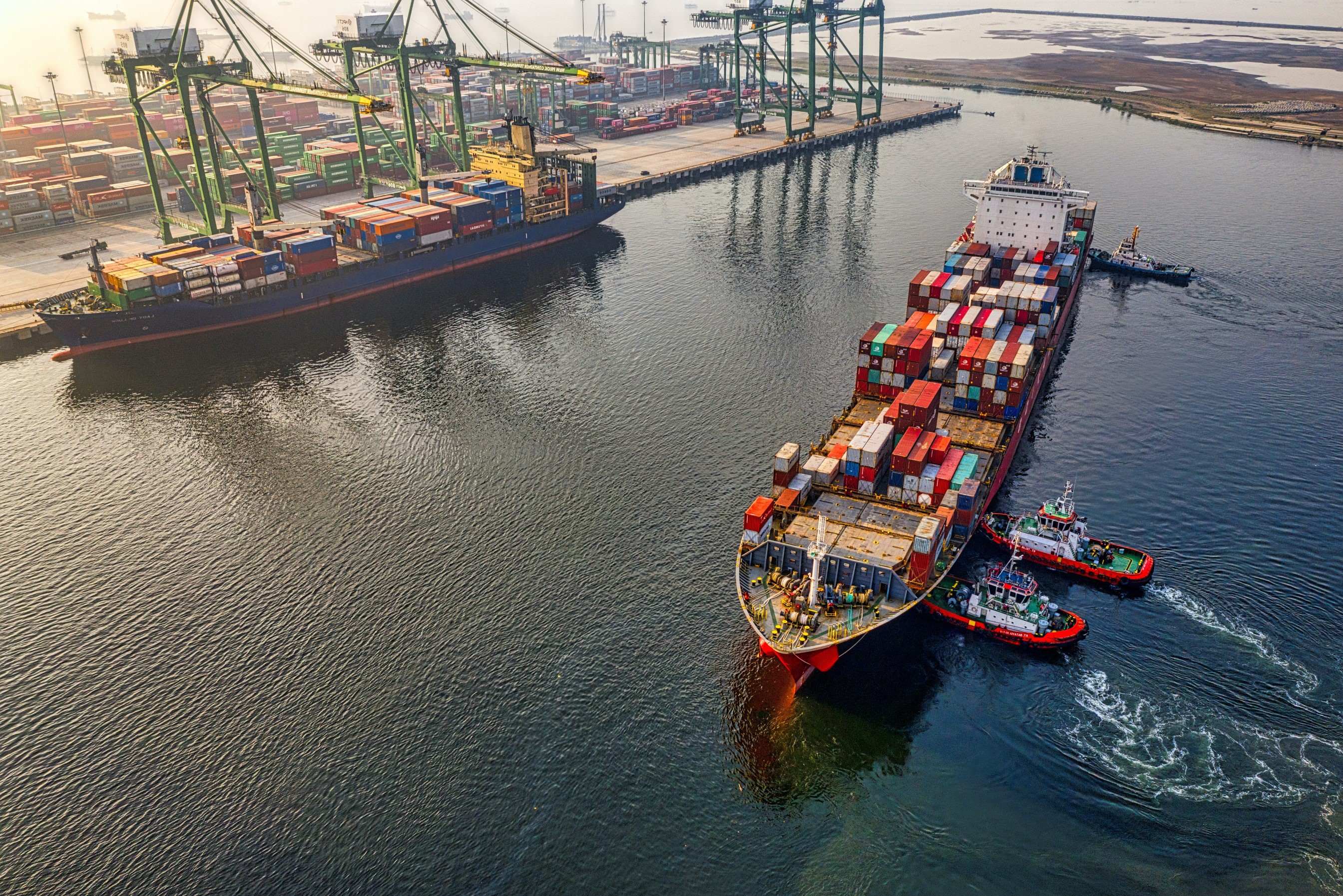 Globalisation is a hardy beast

Globalisation has been declared dead many times but actual trade activity has defied all gloomy projections for years. Ironically, current disruptions may eventually help internationalization rather than end it.

The above is a dialogue between theatre owner, Philip Henslowe and his creditor Hugh Fennyman in the comedy-drama, 'Shakespeare in Love', but also a great guide for equity investing and economic analysis.

Is this time different again?

In their recent letters to shareholders, Blackrock's Larry Fink and Oaktree's Howard Marks laid out a gloomy outlook for globalisation. Fink pointed to the war in Russia as an event exacerbating the strains caused by Covid and fueling further polarization and extremist behavior across societies.

The Russian invasion of Ukraine has put an end to the globalisation we have experienced over the last three decades.

More importantly, he expects the war to "prompt companies and governments worldwide to re-evaluate their dependencies and re-analyze their manufacturing and assembly footprints" and "recalibrate their global supply chains".

Marks warned that the increased recognition of the negative aspects of globalisation has "now caused the pendulum to swing back toward local sourcing".

Rather than the cheapest, easiest and greenest sources, there’ll probably be more of a premium put on the safest and surest.

The statements of the two widely followed businessmen have been avidly spread by media outlets worldwide and often shortened to sound even more dramatic. However, it is also widely recognized that extraordinary events easily trigger emotional reactions, and every generation tends to consider the present experienced to be particularly special while past drama is quickly forgotten.

In moments like this, we believe in the value of pausing for a moment, revisiting the data, and gathering robust evidence. In this article, we, therefore, present four arguments for a (currently) seemingly contrarian thesis on the future of globalisation.

1) Globalisation has been buried many times

Among other things we had a look at Google Trends for the term 'Deglobalisation' and find an interesting pattern that correlates with significant economic and political events. Worries about the future of globalisation surged during the early 2000' when spectacular terrorist attacks kept the world in suspense. They reached another peak in March 2009, just when equity markets bottomed. Following the Great Financial Crisis, the topic attracted little attention for years until Trump won the 2016 presidential election, raging against China and other export-oriented nations like Germany. Not surprisingly, the Covid crisis with its border closures and unprecedented crackdowns on mobility fueled worries about a substantial shift in the world order. The little temporal distance between the Covid slump and the massive sanctions imposed on Russia as a consequence of its attack on Ukraine rightfully raises questions about the stability of a global economic system that relies on just in time production, low inventory levels, and thus a continuous flow of goods over vast distances.

2) Trade activity has continued to grow despite various disruptions

Given these dramatic developments and the 24/7 breaking news coverage they receive, it is easy to forget that worldwide trade activity has actually surged to a new all-time high after the pandemic. As the chart below illustrates, the value of global imports and exports grew steadily during the last two decades of the past century. The burst of the Dotcom bubble only caused a small dent in this upwards trend and the early 2000s became a golden age of globalisation, driven mainly by a massive shift of production activity to low-cost countries. This trend fueled the rise of China and lifted global trade as a percentage of GDP from 25% in 1970 to over 60% in 2009.

The Great Financial Crisis put a hard stop to this development. Within a year, global trade dropped by 40%. Looking at this chart, one could argue that the move toward globalisation was already reversed back then or at least reached some kind of saturation. The value of imports and exports recovered alongside global GDP but subsequently moved sidewards. As a percentage of GDP, trade slowly retraced and even dropped below the level seen during the through of the Great Financial Crisis in 2020. However, this annual time series is published with a significant lag and based on the recent development of world trade can be expected to rebound sharply to pre-crisis level, if not higher.

More importantly, the years between 2010 and 2020 were characterized by a significant appreciation of the trade-weighted USD, distorting many statistics. As can see below, trade activity as measured by the volume of goods traded continued to steadily increase, even though at an admittedly lower rate. Worldwide merchandise volume also continued to expand post-Covid, despite all supply chain disruptions - disruptions that are at least in part demand-driven as stimulus checks and easy monetary policy triggered a surge in goods consumption in the United States.

In other words, the trade war between Trump and China, the blockade of the Suez canal, surging freight rates, and strict lockdowns in the world's largest country have resulted in some volatility in the short term but ultimately failed to derail the growth of trade activity. As of today, global trade is back to its pre-Covid trend and in USD terms it has reached a new all-time high, ironically, despite many pandemic measures still being in place.

Obviously, this does not yet account for the disruption caused by the war in Ukraine but as usual, we warn investors to overestimate the economic and financial impact of political developments. In 2020, Russia accounted for less than 2% of global GDP and its financial market was even smaller than that with an aggregate market capitalization three times lower than Switzerland's. There is no doubt that the war has caused massive disruption in various commodity markets but eventually, as the negotiations between the Europan Union and Kathar illustrate, this will likely open up new trade routes.

Tariffs have gotten a lot of attention during the American/Chinese trade war under the Trump administration. Indeed, his arbitrarily applied tariffs on many primary goods were sizable and the Biden administration has so far kept many measures in place. Nevertheless, on a global scale, this example has not attracted many followers, as the aggregate statistics show. Average tariff rates have declined for decades and there is little evidence of a trend reversal.

And what about inflation?

In his letter to shareholders, Howards Marks forecasts a trend toward more expensive local sourcing as a consequence of the disruptions suffered at the moment and the recognition of "negative aspects of globalisation". This may indeed materialize concerning certain strategically important products but on a broader scale, the average Joe's appetite for higher-priced locally produced goods may be limited and the negative aspects of globalisation were essentially the core topic of Trump's "Make America Great Again" campaign half a decade ago.

Ironically, the recent surge in inflation triggered by disruptions in global workflows has highlighted just how much consumers have to lose in this game. Consumer Confidence just plunged to the lowest level since the Great Financial Crisis, mirroring the development observed during the highly inflationary 70s. Moreover, with record tight labor markets in Western countries, broad-based rises in prices and recently increased global inequality, local sourcing is hardly a solution.

Countries and corporations may react by diversifying and stress-testing their supply chains. A focus on sustainability may call for tighter monitoring of production processes regardless of where they take place, and better ESG reporting could support this process.

However, all this hardly warrants an end to globalisation or a decrease in trade activity. Unfortunately, in his letter to shareholders, Larry Fink didn't specify what exactly he meant by "the globalisation we have experienced over the last three decades". At close inspection, it remains a pretty vague statement, and the evaluation of dependencies and analysis of manufacturing and assembly footprints has always been a continuous exercise for executives and boards across the world rather than a singular event.

Looking at the data, we conclude that globalisation, as defined by an increasing openness of economies and the rising importance of trade, has demonstrated to be highly resilient, and it will hardly come to an end just because some chip manufacturers move a part of their production from Taiwan to Malaysia to mitigate geopolitical risk.
Just as corporations, again and again, raise the bar for profit generation and fetch higher share prices despite all risks and pushbacks, they somehow manage to continue to ship ever more goods around the world.