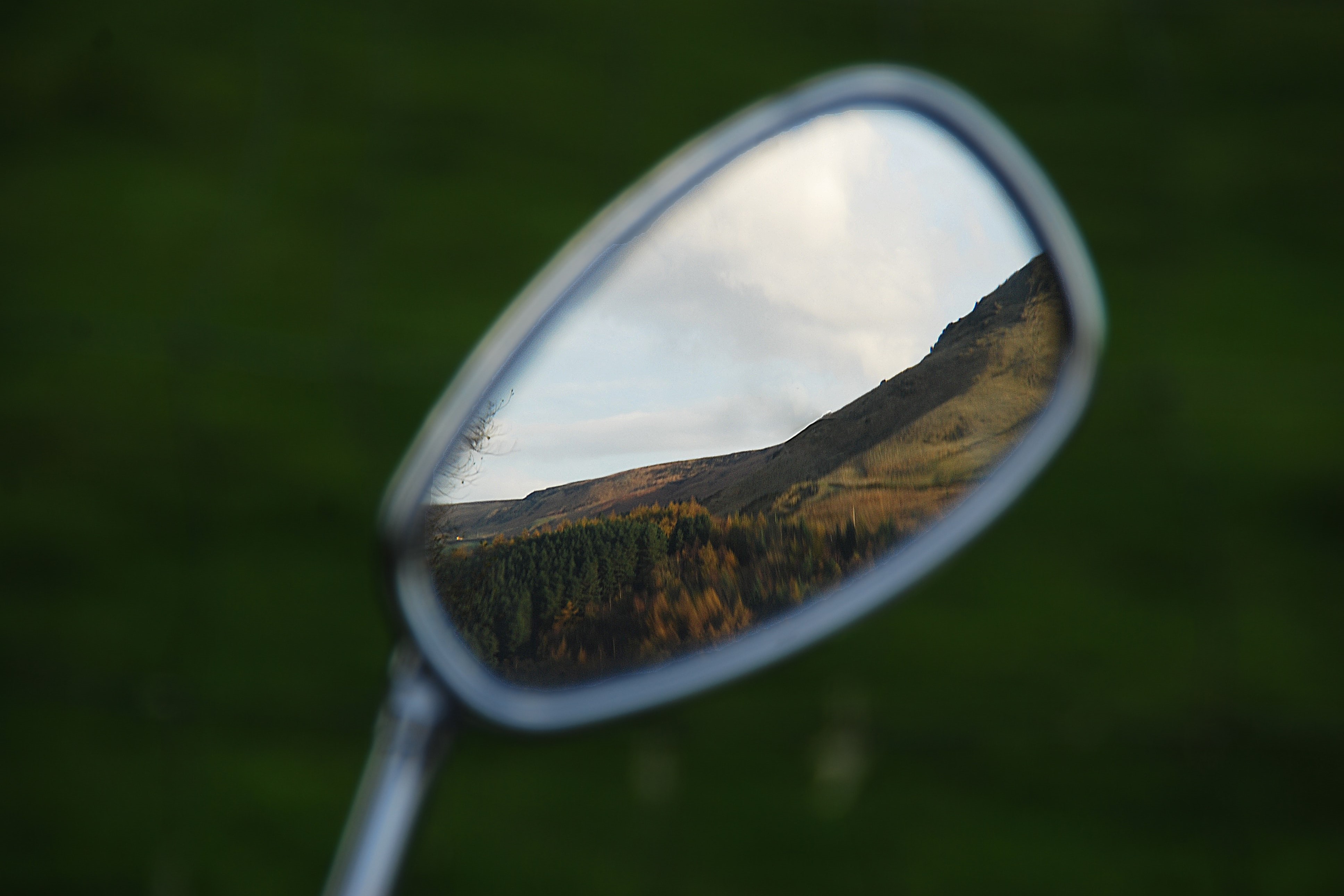 The Shiller P/E at 40x; a look in the rear mirror

For the first time since the burst of the Dotcom bubble, the cyclically adjusted price/earnings ratio for the S&P 500 Index has surpassed 40x.

The P/E ratio is only a reflection of what most investors expect to happen at a point in time, and that is neither here nor there in terms of what actually will happen.

Valuation ratios notoriously suffer from wide swings as both prices and profits are volatile figures. This can weaken their informative value, particularly during exceptional periods. For example, during crises, profits tend to drop faster and deeper than prices, resulting in a surge in valuation ratios until earnings fall into negative territory. Using yields instead of multiples solves the continuity problem faced when earnings are negative. However, it does not provide a solution for the problem that low or high valuation multiples can be driven by short-term swings in fundamentals that markets are deliberately looking through. This makes it harder to derive the return expectation implied by the valuation ratio.

One famous approach to this problem is the Cyclically Adjusted Price/Earnings Ratio (CAPE), introduced by Robert Shiller and John Campbell in a paper in 1988. The ratio, also widely known as Shiller PE, divides the current price by the average inflation-adjusted earnings generated over the past ten years. (The ratio is reported on a monthly basis on this site and also available through Quandl). In fact, Shiller and Campbell were not the first to use such an approach. Benjamin Graham and David Dodd already suggested smoothing valuation ratios in the 1951 version of their seminal book, Security Analysis. They used a shorter timeframe of five years, though, and today the Shiller PE is simply much more popular.

The CAPE as a market timing indicator

In their paper using market data from 1881–1956, Shiller and Campbell found a strong correlation between the level of the CAPE ratio and returns over the following 20 years, which is why it is still monitored by many investors and considered a potential market timing indicator.

Robert Shiller himself raised concerns about valuation levels in 2014 when the CAPE surpassed the level of 25x, stating that previously, this had only happened in 1929, 1999, and 2007 and was followed by a major crash each time. Of course, we all know what the market has done since then, and this episode nicely illustrates the problem with seemingly foolproof bearish bets backed by small samples. "This phenomenon was only observed once before and followed by a crash ... sell now" - we are sure every investor has stumbled over "analysis" like this.

Recently, the CAPE made headlines again as the ratio for the U.S. market hit the psychologically important level of 40x for the first time since the burst of the Dotcom bubble. At the same time, forward-looking Price/Earnings ratios have actually been falling on the back of solid revenue growth and margin expansion. This raises the question, how much the look in the rear mirror is worth when assessing the attractiveness of the equity market.

For every investor who, seeing the 40x CAPE, is already looking for the exit door, we have a reassuring finding. The overall coefficient of determination between the Shiller PE ratio and the total return (including dividends) in the following year is a meager 0.03. It drops even further and becomes statistically insignificant if we only look at periods when the CAPE was above 20 or above 30. In other words, as a short-term market timing indicator, the ratio has been pretty useless.

If cyclically adjusted P/E ratios can not help investors derive expectations for the next year, what about a slightly longer time horizon of 5 years? Again, the data looks pretty messy, but the overall R2 increases to 0.15 and is statistically significant at the 0.1% level. Nevertheless, this means that at a CAPE of 20x, 5Yr forward annualized forward returns can be anywhere between -20% and +30%.

Finally, we are looking at the time horizon originally suggested by Shiller and Campbell (1988). Regressing the CAPE against annualized returns over the subsequent 20 years horizon yields an R2 of 0.26 that is again statistically significant at the 0.1% level. Given the notorious noisiness of financial time series, we are used to getting excited even about very modest R2s. Nevertheless, it still implies that historically annualized 20 years returns following a Shiller P/E of 30 were either round -5% or +7%.

However, while the overall relationship between CAPE and returns is weak, dividing the dataset into subsamples yields some interesting findings. We sliced the data into five distinct sub-periods, including the Great Depression and World War 2 time from 1928 to 1945, the post-war period of the 50s and 60s, the inflationary period of the 70s, the boom years of the 90s, and the new millennium. Within sample R2s range between 0.65 and 0.9, but as can be seen in the chart above, it seems that the regression line drifted up and to the right since the first sample period. Relatively high CAPE ratios, being followed by higher returns, is not a new phenomenon.

Where are we in the profit cycle?

The fundamental rationale behind using cyclically-adjusted valuation ratios is the assumption that earnings are mean-reverting around an underlying trend. High CAPE ratios should therefore be typical for periods when earnings are exceptionally high and have thus deviated more than usual from their longer-term trend while markets expect this positive deviation to continue. To estimate where we are in the profit cycle, we compare the current trailing 12 months EPS with inflation-adjusted 10Yr average EPS. We use the headline CPI index to adjust for inflation.

This adjustment is pretty significant, as the chart above shows. While the inflationary period of the 80s was characterized by high nominal earnings growth, real EPS growth was actually subdued and lagged the levels observed during the 2000s explaining why valuation ratios, including the CAPE, were relatively low back then.

Obviously, real EPS growth feeds into the deviation from trend or the percentage rate that profits are above the ten-year average. This ratio can be considered a good measure of the profit cycle. Again, we observe that this ratio has on average been higher over the past two to three decades than before, raising the question of whether this is the result of an underlying longer-term cycle that eventually will revert to the mean with a respective decline in CAPE ratios or whether U.S. corporations will continue to deliver this kind of profit growth.

A structural driver of higher EPS growth and persistently higher CAPE ratios could be the mechanics of buybacks. We are not sure whether Robert Shiller adjusts for the impact of share repurchases on index EPS, but we consider it unlikely. Stock buybacks have become an increasingly popular way of returning cash to investors since the 80s, and unlike dividends, share repurchases mechanically inflate EPS. Ceteris paribus, this structurally higher EPS growth justifies a higher CAPE.

This can be illustrated with a small example. A company that grows real earnings at 4% per year, pays a 2% dividend, and consistently trades at 20x earnings will have a CAPE of 23.7x. If, each year, the same company repurchased 2% of its capital instead of paying the dividend, its EPS growth should accelerate respectively. Ceteris paribus, this change in capital allocation would automatically increase the gap between current EPS and ten-year average EPS by roughly 10% and result in a CAPE of 25.6x. In this example, the company's valuation arguably hasn't changed, and we haven't introduced any cyclicality. Nevertheless, the same company suddenly trades at an 8% higher Shiller PE.

As the two charts below illustrate, the spread between contemporary EPS and ten-year average EPS is indeed correlated with the Shiller PE. Still, even by this measure, markets are extremely expensive at the moment. Over the next months, with further profit growth kicking in, we expect the next red dots to appear even further on the right of this chart, closer to the dark blue dots marking the year 2000.

Subsequently, corporations will need to prove that this is not the top of a mean-reverting cycle but the beginning of a new profit plateau.