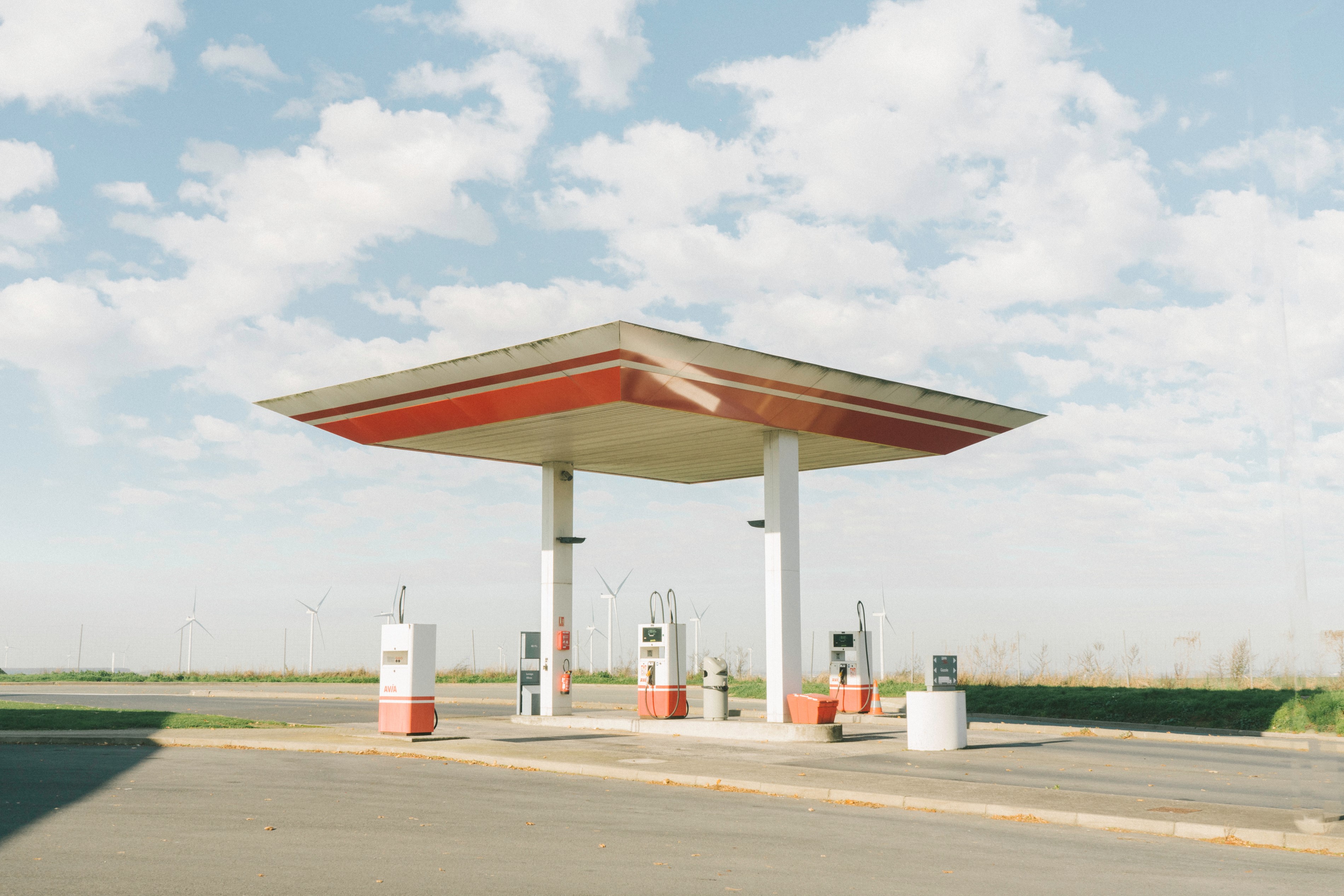 Will TIPS shield you from the inflation surge?

Inflation has become a key concern for investors worldwide. In our article, we elaborate on inflation-linked bonds and show why these instruments are not as straightforward a choice as the name suggests.

As supply chain disruptions and geopolitical escalations have triggered a massive surge in the prices of almost everything, inflation is back on investors’ minds as a critical concern.

Consumer confidence has fallen to crisis lows as employees see their real incomes dwindle due to inflation rates surpassing wage growth. Meanwhile, businesses are increasingly struggling to pass on increased input prices to consumers, worried about losing either profitability or market shares.

However, more severe than the immediate loss of purchase power, many people are currently facing concerns about the impact of high inflation rates on the value of savings and, ultimately, retirement planning. Even though central banks worldwide have started to increase interest rates, yields on safe investments are still way below current inflation rates.

Investors are therefore confronted with the difficult question of how to structure their portfolio to immunize it against inflation.

The challenge of escaping inflation

Unfortunately, this is way more difficult than it often seems. So-called real assets, such as stocks, real estate or gold, are frequently recommended as ultimate inflation hedges as their value should theoretically increase as the value of fiat (paper) money decreases. However, as the past months and previous high inflationary periods have shown, this may be true in the long term but does not hold in the short run. Rising prices and interest rates result in higher economic uncertainty, negatively impacting sentiment in the stock market. Real estate prices typically experience economic or interest rate sensitivity to various degrees depending on the type of the asset. Finally, as interest rates rise, the opportunity cost of holding non-interest-bearing assets such as gold also increases. Investments in commodities that have a natural correlation with inflation may seem like a solution but come at a high cost, as investors need to pay for the storage of physical goods.

A brief introduction to inflation-linked bonds

Given the challenges described above, many market participants may intuitively be drawn toward another type of security Inflation-Linked Bonds (ILBs). Inflation-linked bonds are designed to protect investors against losses of purchase power by linking principal and coupon payments to an inflation index. The first known such bond was already issued “by the Commonwealth of Massachusetts in 1780 during the Revolutionary War”.

Nevertheless, the market as we know it today is relatively young and picked up after the introduction of inflation-protected government bonds (Gilts) by the U.K. in 1981 and the subsequent initiation of Treasury Inflation-Protected Securities (TIPS) by the U.S. government in 1997.

The devil is in the detail

For the sake of simplicity and to avoid inaccuracies, we will subsequently refer to TIPS instead of inflation-linked bonds.

TIPS use a simple mechanism to shield investors from inflation. After issuance, the bond’s principal is increased according to the underlying inflation index on a regular basis. As coupons are paid as a percentage of the principal, this automatically results in higher coupons as well. On top of that, at maturity, they pay the greater of the inflation-adjusted principal and the original principal, thus protecting investors against the unlikely event of sustained deflation.

Sounds like the perfect solution to your inflation problem, no?

Unfortunately, there are a few pitfalls to consider here. As shown below, since summer last year, when inflation started to accelerate, the iShares TIPS ETF has lost almost 8%. This is better than the 15% loss investors suffered on U.S. Treasuries with similar maturities but still a considerable loss and hardly what investors, trying to shield their portfolio from inflation, would like to see.

The drawbacks of inflation-linked bonds

As usual in financial markets, this brings us to the vital role of expectations. Obviously, market participants are aware of the favourable feature of inflation indexing and consider this characteristic when pricing the bonds.

TIPS are therefore issued with a lower yield than regular U.S. Treasuries. The difference between the yield of traditional bonds and inflation-linked bonds depends on the expected inflation over the lifetime of the instrument. This spread is also called the breakeven rate.

In other words, realized inflation must at least reach the level of the breakeven rate for TIPS to generate the same return as regular Treasuries.

Comparing the two previously introduced ETFs again, we see that before 2014, TIPS and regular Treasuries generated almost the same return with a very high correlation. This was followed by a phase during which regular Treasuries outperformed TIPS culminating in the flash crash of TIPS in March 2020. Don’t overlook the particularly long drawdown following the high in 2012 – TIPS were under water for more than six years.

Following the Covid crash, TIPS quickly recovered and helped by rising inflation rates made up for the previous underperformance. Today, they are slightly ahead of regular Treasuries with somewhat higher volatility.

We can conclude that, at least over the past 20 years, markets have been pretty good at gauging future inflation and pricing it into Treasuries.

Following the Covid crisis, the relentless rise of inflation rates turned the tide in favour of TIPS again. However, we can also see that breakeven rates have remained well-anchored between 2% and 3% and recently retraced slightly even though inflation rates rose.

Once more, it is essential to remember that investors price in expected inflation over many years. As the Fed raises rates and worries about a looming recession mount, markets apparently find it hard to believe that current high inflation rates will last.

The different diversification characteristics of TIPS

The charts above also enable another interesting observation. Both during the Great Financial Crisis and the Covid crisis, regular Treasuries surged while TIPS plunged. The reason for this behaviour is straightforward. When aggregate demand declines during crisis times, inflation usually declines. Investors thus adjust their inflation expectations and sell TIPS in favour of higher-yielding regular Treasuries, resulting in an adjustment of breakeven rates.

This also means that TIPS will, on average, tend to have a higher correlation to other risk assets such as equities than regular Treasuries. For example, since 2004, the TIPS ETF experienced a negative correlation with equities of -0.13%, while 7 to 10-year Treasuries showed a -0.23% correlation. It is a relatively small difference but should nevertheless be considered by TIPS investors.

Another portfolio diversifier but not a jack of all trades

We have been investing in inflation-linked bonds for years and consider it another portfolio diversifier. However, we also see the limitations of these instruments. Regular Treasuries don’t carry the inflation term in their name. Still, of course, markets, price-in future inflation expectations and TIPS only outperform if realized inflation turns out higher than market expected inflation. Recently this was the case which is why TIPS outperformed Treasuries by almost 10%. However, as the rise in medium-term inflation expectations was smaller than the increase in Treasury yields, TIPS still lost money in absolute terms. This could prove to be a short-term dislocation if inflation rates continue to exceed expectations. However, if aggressive monetary policy tightening induces a recession, inflation rates and expectations could retrace quickly, a scenario in which regular Treasuries are much more attractive.

We estimate that a 50/50 combination of Treasuries and TIPS would have outperformed both assets substantially on a risk-adjusted basis. Moreover, while historical returns of such a portfolio would have naturally fallen in between those of TIPS and regular Treasuries, it would have experienced significantly lower volatility as well as smaller and shorter drawdowns than both assets.

Research
Spoiled for choice - how to configure a short-put strategy?
7 Minute Read

Markets
Are we heading into an earnings recession?
5 Minute Read